When applying for a life insurance policy and considering all of the riders available from the insurance company, many people choose to add the Accelerated Death Benefit (ADB) rider. This rider allows a policyholder to receive a portion of the death benefit specified in the policy while they are still alive.

When faced with a terminal illness, they may opt to use this rider instead of participating in a life or viatical settlement, in which they sell their life insurance policy to a third party for a lump sum. Policyholders should be cautious of life settlement brokers and companies who buy life insurance policies directly if they don’t make policyholders aware of this rider, as was the case with Ted Muller.

Qualifying For The “Accelerated Death Benefit”

Qualifying for the ADB is stated in the actual life insurance policy itself. It can vary from insurer to insurer, and there is often more than one way to qualify for the early payment of the death benefit. They are:

Not all insurers offer payment for all of these qualifying events, but if offered they will be detailed in the insurance policy itself.

ADB’s Standard In Newer Policies, Less likely To Be Found In Older Policies

The accelerated death benefit is a rider that accelerates a portion of the death benefit in the event of a terminal illness or other qualifying conditions. It is considered a more recent insurance development, and many older policies do not have the ADB.

In the event of being diagnoses as having a terminal illness, the policyholder should review the life insurance policy in their possession, as well as contact their insurance company to discuss whether or not they are eligible for early payment of a portion of their death benefit.

What Size Payment Can You Expect?

The percentage of the face amount of the policy that is advanced can be anywhere from 25%-95%. There is sometimes a limit as to the amount of money that will be advanced, and that ranges from $250,000 up to $1 million.

The policyholder may not receive a payment that is equal to the eligible death benefit specified in the policy. For example, though a policyholder qualifies for $250,000 because of a terminal illness, they may only receive $200,000, because the insurance company discounts the amount to be paid in consideration of losing the time value of money.

In the case of the payment of accelerated death benefits, the lump sum payment receives the same tax treatment as the death benefit being paid to the beneficiary, which is tax-free treatment. Individuals should consult a qualified tax professional for information and advice on their personal situation.

First, a lump sum payment is made to the policy owner. This amount is greater than the surrender value of the policy and less than the full face amount. It is generally an amount higher than what is paid from an ADB rider.

Secondly, it is eligible because of a terminal illness diagnosis. In the case of viaticals, someone diagnosed as having less than 24 months to live qualifies. 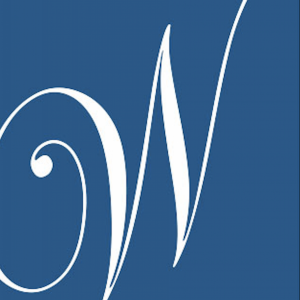 Nick Napoli is the Marketing Manager at Windsor Life Settlements, LLC. He's been with the company since 2013. During this time he's published three life settlement ebooks helping consumers make the best financial decision possible with their policies.
All Posts
PrevPrevious ArticleNYC Couple Gets Life Settlement To Fund Their Bucket List
Next ArticleHere Are Four Reasons NOT To Sell Your Life Insurance PolicyNext